There will be an undetermined number of assignments to be done at home.

Local CommunitiesAssignment 1: I was concerned that I had not managed to achieve this in my written work and not surprised that this was identified as a weakness.

This is strong advice that I will try to incorporate in future work. Simon stated that despite my aim of disregarding the usual tenets of what makes a good image, the quality of prints were good and they were presented well in a cohesive set.

However, he felt the variation in tonal range between the images makes for a disruption in the overall impression of the images. For example, image 5 has deep blocked up shadow detail which could be addressed in post-production.

Image 6 is also referenced: Although I understand the criticism of the difference in tonal qualities, the way this causes a jolt when the images are viewed together was something deliberate on my part.

Explaining further Simon explained that the comments were intended as something to help me question the choices I had made — if they were conscious and I was happy with them then he felt they were perfectly valid. Looking at the images again I am happy with the processing as I find the high contrast adds to the mood of the pictures.

I stand by my intention of the photographs having elements of disunity in them that add something to the set although I can definitely see that this is not something that would appeal to everyone.

Simon felt that the composition of image 3 was unorthodox almost for the sake of it rather than contributing to the set as a whole. The unconventional composition was what attracted me to include this picture along with the bright tonal area which contrasts with the other pictures.

I find the lack of detail in the shot and the lone figure one of the most affecting in the set as this is a less direct way of emphasising the theme of loneliness and isolation I was attempting to show.

However, his image is one that I moved in and out of the final selection quite a bit, going back to the photographs that nearly made the cut in its place I feel I could easily change it to either but I am not sure that either of the other two are better selections.

Alternatives for image 3 not selected: With image 9 Simon makes the point that this is again unconventional but has the benefit of juxtaposing the figures in the posters with the passers-by. He asks if the composition a result of randomness or did I know the camera was pointing upwards and still took the shot because aiming of relinquishing control?

I found that the angles on many of the images were skewed which was a result of the camera moving as I walked. Although this image was cropped from the original, I kept the angle tilted as I felt this emphasised a dynamic quality of movement in the image original, unedited image below Trying an alternative edit, straightening the horizontal lines leads to a less distracting and more traditional image, although I would probably describe the composition as still being unconventional. 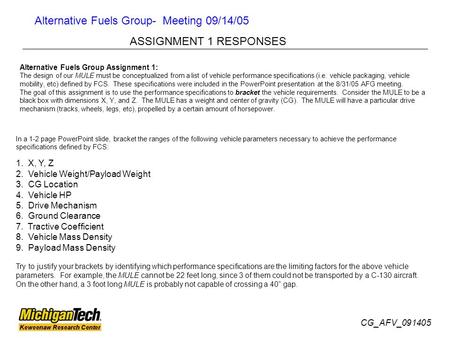 On a separate theme, this is an example of a picture that resonated with a fellow student in such a way that my opinion of if totally changed. The three heads were seen to be representative of psychoanalytic concepts of the imaginary, symbolic and real which, combined with the sign saying beauty, adds to some sort of commentary.

I was so impressed by this analysis that the picture stayed in my short list since then — I must admit though no one else had the same reaction! I mentioned in my blog that I thought my choice of images could change over time and revisiting my original long list I think the project would work better as an extended selection rather than being limited to 10 images.

Simon mentions incorporating some sort of dynamic selection or interaction with viewers could be an interesting development of the project — something at this point I have no idea how I would achieve but a possibility for further exploration in other assignments.

This was also something she worked on and evolved over a period of time — perhaps continuing with this way of shooting could enable this project to have a similar sort of life.

I must admit that the more I do this the easier it gets and I feel like I am starting to build relationships with fellow students which will hopefully mean a deepening of collaboration in the future. While Simon praised the detail and layout of my blog he cautioned about being over effusive in my notetaking.

As I have mentioned before, achieving the right balance between study and taking photographs is something I am very aware of. I am starting to recognise that the study aspects are becoming a comfort zone and even a distraction that I need to be careful not to allow to take over.

For assignment 2 Simon encourages the development a concept and producing a group of images that work together to create a mood — for this I should be taking further the work I have done in this assignment.

The process of brainstorming ideas and experimenting is important as well as keeping going as there will undoubtedly be some blind alleys and false starts.

Finally, the benefit of asking for feedback from fellow students through the forums is mentioned which is certainly something I aim to continue to do.Answer to Javascript Programming: Assignment 1 1. An HTTP response is sent from a. the web server to the application server b.

the. Sep 03,  · Response to question 1 (cancelled class assignment) Questions My definition of working art is anything someone comes up with through imagination and uses their skills to paint, sculpt, draw, etc.

When exercising the muscles require a constant supply of oxygen and nutrients, as well as needing the CO2 they produce to be taken away. It is the hearts job to reach these initiativeblog.com meet the demands of the exercising muscles, the heart has to pump harder and faster as more oxygen is required.

If. Response Paper Assignment Example This example of a weekly response assignment asks for students to submit a one page paper every Friday. The instructor posts specific questions each week during the first few weeks to give the students an indication of what they might pay attention to while reading.

Then address your responses by the following subjects, and use specific titles to illustrate your more general comments in each area. Be sure to use some details concerning each of your ten poems. Write typed pages, .